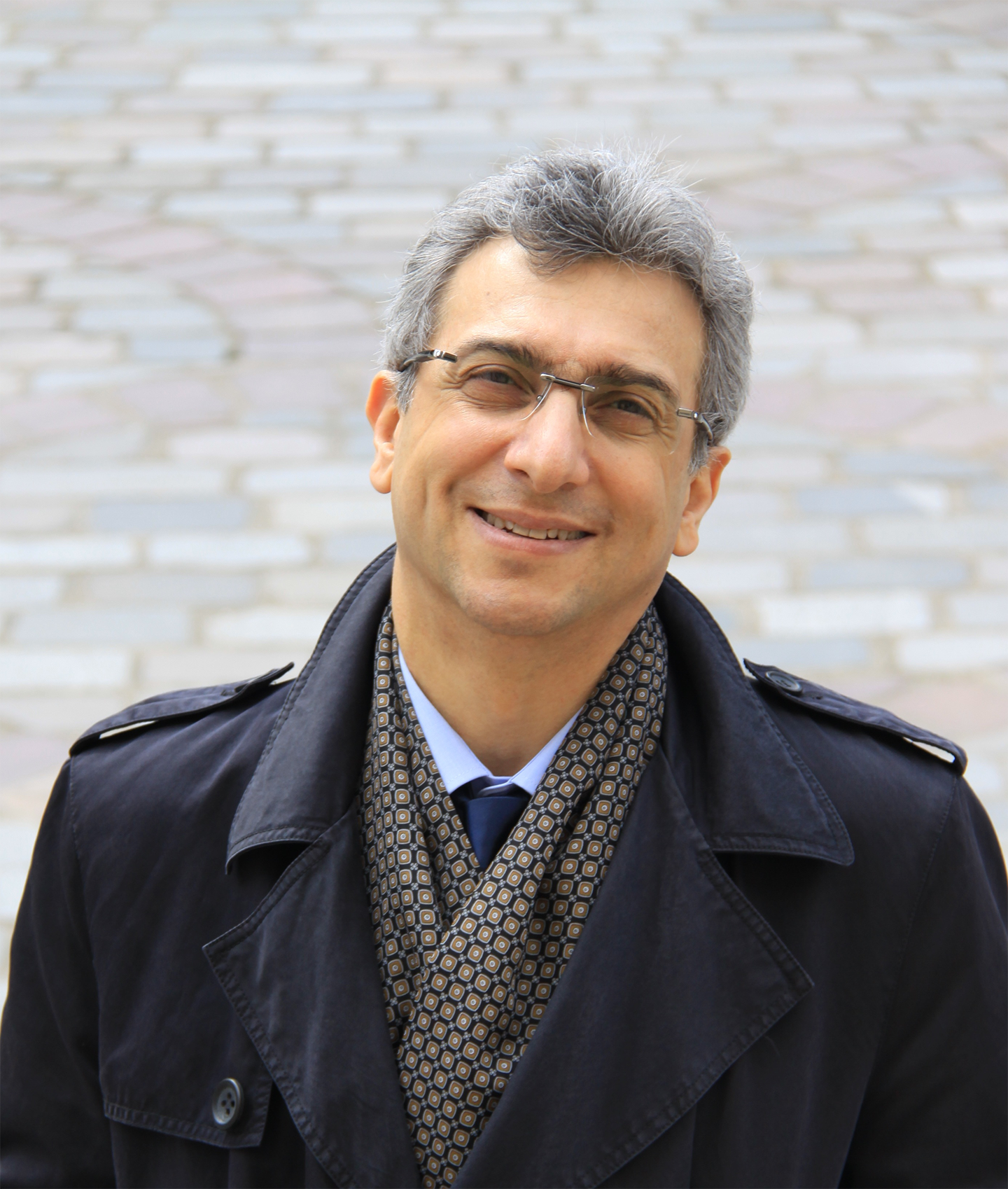 Born in Yerevan in 1962, Arthur AHARONYAN received his music education and training in piano and composition in Armenia. He received the First Prize award in piano, accompaniment and chamber music at the State Conservatory of Armenia in 1986. Aharonyan then followed the classes of composition with Edward Baghdassarian and Tigran Mansourian and in 1987 acquired the First Prize of composition, harmony, polyphony, fugue and orchestration.

He is a member of the Union of Composers of Armenia since 1987. At the same time he developed his career as a pianist. He has travelled around the world giving concerts in Russia, Europe, Canada and the USA. In 1996, he won the First prize in the Pierre Lantier International Chamber Music Contest, with the violinist Haïk Davtian.

Since 2002 he was named professor at the Darius Milhaud Conservatory in Paris. In 2006, Aharonyan won the first Prize of the competition of composition organized by the World Festival of Underwater Pictures in Antibes. In 2007, he won the Golden Star Halo Award and Emerald Award for Contribution to the Entertainment Industry and performing arts at the Southern Motion Council in Hollywood.

Among his recent compositions is the Ballade of Jonathan: a symphonic poem, the worldwide production of which has been performed by the National Orchestra of Ile de France in 2004 at the Mogador Theatre of Paris under the direction of George Pehlivanian.

Novelettes for wind quintet recorded in 2005 by the Wind quintet of Brittany.

Rural images created by « Little singers of Armenia » in Paris in 2006.

Violin Concerto N1 for the violin and symphonic orchestra commissioned by the « Regional Orchestra of Cannes », performed on the 28th of October 2007 in Cannes, France. Directed by Philippe Bender, and performed by the violinist, Sergey Khachatryan.

Sketches, dedicated to 20th Anniversary of Quartet « Arpeggione », performed in 2008.

Armenian Popular Dances for violin and piano performed by the violinist Xavier Julien-Laferrière and Arthur Aharonyan in 2008, at the Theater Vanves.

Solitude for mixed a capella choir based on the poemes of Komitas and dedicated to his 140th anniversary in 2009. It was performed in the Gaveau Hall by the Armenian Chamber Choir under the director of Robert Melkeyan.

Violin Concerto N2 for the violin, string orchestra and a percussionist, commissioned by the « Amsterdam Sinfonietta », performed on the 6th of December 2011 in Muziekgebouw san ‘t, Amsterdam. Directed by Candida Thompson, and performed by the violinist, Sergey Khachatryan.

Obsession for flute, cello and piano, performed on December 15th, 2013, at the Theater Ravel, Levallois.

Imitations Plays for two pianos, performed on 23rd of Mai 2015, composed in the framework of Aharonyan’s residence work in the Conservatory of Alencon.

Three Sonets for female choir based on the text of Louise Labe, performed on the 7th of June 2015, in the framework of Aharonyan’s residence work in the Conservatory of Alencon.

Russian tales for Wind quintet, commissioned by the Festival of Aix-en-Provence, and performed on June 15th, 2015.

Concerto-Triptyque for Saxophone alto, marimba and symphonic orchestra, performed on 19th of June 2015 in the framework of the inauguration of Conservatory of Vanves.

The Cry of Olympe a scenic musical for children’s choir and instrumental ensemble, performed on June 21 and June 24th of 2015, in the framework of the inauguration of Conservatory of Vanves.